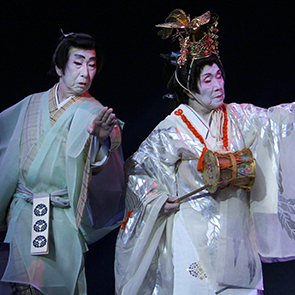 THANKSGIVING WITH THE NATIONAL HERITAGE FELLOWS

Each year, American Routes celebrates the long Thanksgiving weekend with a sonic cornucopia from the National Heritage Fellows. Since 1982, the National Endowment for the Arts has presented the fellowships – America’s most prestigious award for folk & traditional arts. We’ll hear music and conversation from Fellows in years gone by, like Doc Watson, Staple Singers, Clifton Chenier, Ralph Stanley, B.B. King, Flaco Jimenez and New Orleans’ own Treme Brass Band. Then we present the 2015 Fellows, many performing live from the stage at George Washington University, including the Gee’s Bend quilters, a circus aerialist, Piedmont bluesman, klezmer musicians, mariachis and more.